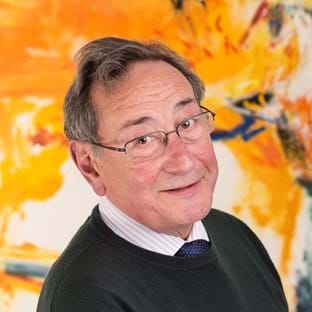 Simon’s career in the industry of auctions began in the early 1970s at Bruton Knowles. At first, in Gloucester Cattle Market, penning pigs and cattle, he moved to the Furniture department a year later, entering the world of house contents auctions as a porter and then becoming a junior cataloguer and auctioneer under the guidance of the most respected auctioneer, Cecil Bruton and the first antiques broadcasting guru, Arthur Negus.

During this period Simon was responsible for the organisation of the most important large Country House sales in both the Cotswolds and beyond. His roots in the county were important to the development of his 35 year career at Bruton Knowles and  were a contributing factor to the success of a ‘New Business,’ when he, along with all his colleagues transferred to Chorley’s, in the beautiful grounds of Prinknash Abbey.

Simon is responsible for continuing to act for the firm’s long established clients and has advised on numerous instructions to sell the principal contents of important Country Houses; the most recent of which include Cubberly, Ross on Wye,  Eastington Hall, Upton on Severn, Priors Court, Forthampton and Paxford House, Chipping Campden.

Simon is also involved in the valuation service offered by the firm in these ever changing and challenging times. He is happy to meet and assist the clients to plan the necessary work and he, along with other highly qualified colleagues, will provide a tailor-made inventory for the valuation required.

Clocks, watches and English furniture are Simon’s expertise and with the important instructions the firm has received he has enjoyed some remarkable discoveries. Among the most important of these was a 17th Century Indo-Portuguese tray, converted into a table and languishing in the corner of a fireplace, which realised £35,000 and a somewhat unappreciated carriage clock by James McCabe, London, discovered propping up volumes in a bookcase, which sold for £11,000.

Away from the office, Simon is actively involved in a number of local community and charitable organisations and loves to spend time walking and increasing his heart-beat watching Gloucester Rugby at Kingsholm.